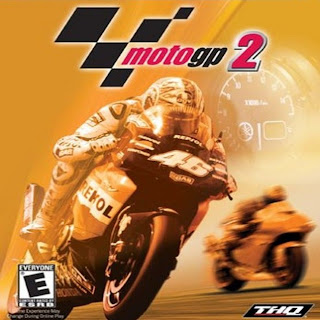 Short Description
PC games are filled with a variety of games, but of the many kinds of games were still a few titles that take the 500cc motor racing series as its theme. MotoGP is made to cover the gap. THQ game made in mid-2002 has very good graphics quality, the detail of each racer is so sharp, and even more sparkle of light on the asphalt is still the 'lame' best in a racing game. MotoGP 2 is the sequel of the MotoGP. No doubt, this game is in demand, so I have to line up at the rental to try it.
MotoGP 2 is filled with drivers such as The Doctor Valentino Rossi, Max Biaggi, until the driver made your own. Number of tracks available is also quite a lot, all such granprix le mans circuit, Catalunya, Sepang, MotoGP philip island located on 2, plus the tracks can be in reverse or in mirror, thus creating a lot of combinations. But at the beginning of the game, only 3 tracks that you can play, the other track locked, and to unlock it you must reach the finish in the sequence 1, 2 or 3, depending on each tracks. Riders, too, initially great riders like Rossi and Biaggi still in the lock, and how to unlock it almost as a way to unlock tracks.
System Requirements
Minimum System Requirements
OS: Windows 98/ME/2000/XP
Processor: Pentium 3 @ 1 GHz
Memory: 128 Mb
Hard Drive: 700 Mb free
Video Memory: 32 Mb
Sound Card: DirectX Compatible
DirectX: 9.0c
Keyboard
Mouse
DVD Rom Drive 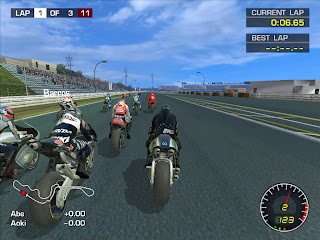 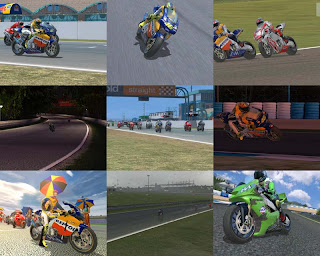