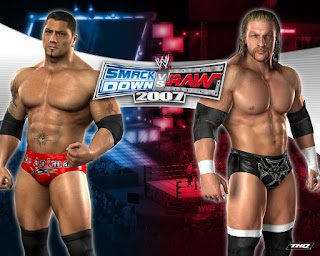 Short Description
WWE SmackDown vs. Raw 2007 was released by THQ for professional wrestling video game genre. At first it was not released for PC mode, then I found that it was also available for PC.
Menu of this game is quite sharp, there are 6 options in the main menu, namely exhibition, game modes, create modes, locker rooms, xbox live, and options.

Exhibition on the menu, we can choose the type of game we will play, ranging from ancient models like the singles, tag team, triple threat, until the new models such as Money in the bank, First Blood, Buried Alive Match, etc. 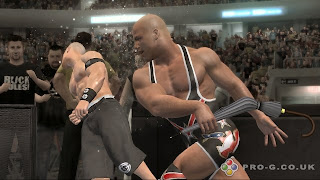 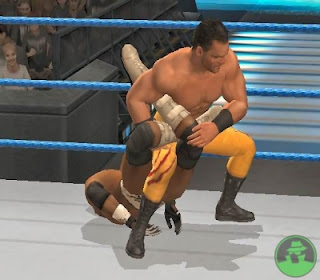