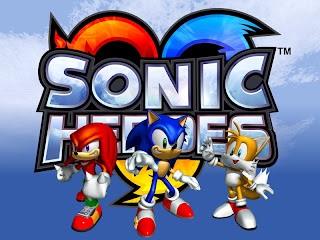 Short Description
Sonic Heroes is a game in the Sonic the Hedgehog series, developed by Sonic Team and released in 2003 and 2004 for multiple platforms (Xbox, GameCube, PS2 and PC). This game is different than other Sonic games by allowing players to take control of one of four teams, each with three characters, which has a unique ability for them.
This game introduces several new gameplay elements. Unlike most Sonic games, where players control one character, the game Sonic Heroes These three characters are available at any time, You can freely change the team leader, while others (the two characters following) Each character has individual skills. speed for the stage quickly, ability to escape, or flight to reach a high platform - and the player must use the ability to traverse the fourteen stages, each stage has a different layout for each team, provides a different challenge to every story. Each capability is also represented in the interface with colors, blue for speed, yellow for flight, and red for power, each ability also has an element associated with it: using the wind speed, lightning Fly Power use and use of fire. This can be used to solve various puzzles, especially in Team Chaotix's Mansion stage of Mystic. Each team also has a Team Blast skill, which can be done if the meter is full Team Blast. This can be achieved by performing actions such as destroying enemies or collecting rings.
System Requirements
Windows 98SE/Me/2000SP2/XP
Pentium III 800 MHz equivalent or greater
128MB RAM or greater
Direct3D compatible video card (Video RAM 16MB or greater)
DirectSound compatible sound card
800MB disc space or greater
Keyboard, Mouse 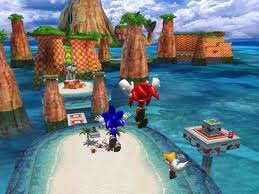 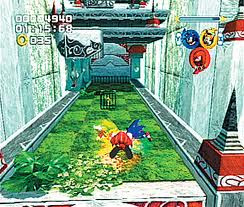 Note : Download all rar files and extract it, then use your Daemon Tools to burn an ISO file.
Posted by Debian at 5:38 PM