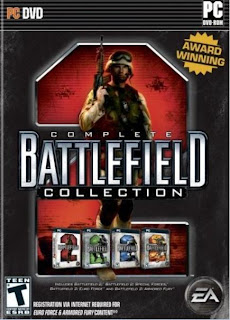 Short Description
Battlefield 2 is a popular first person shooter game in 2005 which was developed by Digital Illusions and was published by EA Games. Battlefield 2 also has a strategy touch and RPG (Role Playing Strategy). Battlefield 2 is the 3rd full game in the Battlefield game series. For first time released on June 21, 2005 was only available for Microsoft Windows Platform.
Players fight in a modern battlefield, using modern weapon systems. Battlefield 2 is a first-person shooter with some strategy and RPG elements. The single player features missions that involve clashes between US Marines, China and the fictional Middle Eastern Coalition. The multiplayer aspect of the game allows players to organize into squads that come under the leadership of a single commander to promote teamwork.

The story takes place in the early 21st century during a fictional world war between various power blocs: China, the European Union (playable as of the 1.50 patch), the fictional Middle Eastern Coalition (MEC), Russia (playable only in the Special Forces expansion) and the United States. In-game, the European Union and the United States fight China and the MEC. It is known that in the game's story, the EU and the US are allies and the EU has negotiated a peace deal with Russia but it is unknown if China and the MEC are allies. The game takes place in different fronts, as the Middle East and China are being invaded by US and EU forces, and the United States is being invaded by Chinese and MEC forces.
System Requirements
1.7 GHz AMD Athlon XP, Sempron, Intel Pentium 4 or Celeron D CPU
512 MB RAM
2.3 GB hard disk space
DirectX compatible 128 MB graphics card
Radeon 8500 or GeForce FX 5700 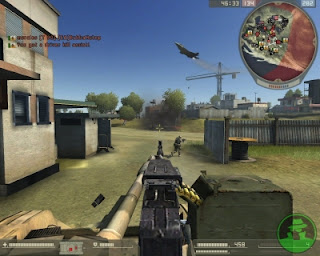 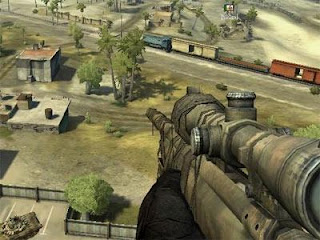