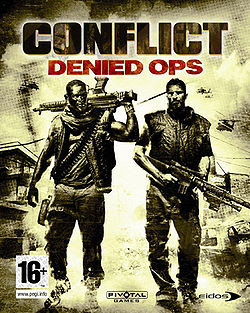 Short Description
I'll only quote this from wikipedia : Conflict: Denied Ops is the fifth game in the Conflict series. Originally, the game was to be called "Crossfire" but was later changed. It is the first game in the series to be released on the PlayStation 3, and Xbox 360, but it was also released on PC and on GameTap as of March 20, 2008. It was released on February 8, 2008 in Europe and February 13, 2008 in North America.
The game is played in a first person perspective, instead of the third person viewpoint of the four preceding titles, and is also the first game in the Conflict series which does not feature four main characters. Denied Ops is based around two CIA operatives, each having his own weapon and style: a sniper named Lincoln Graves who uses an SR-25 with an undermounted M26 MASS, and a machine gun operator named Reggie Lang who uses an M249 PARA with an undermounted M320 grenade launcher. The two characters have quite opposite personalities. Lang is rather loud and noisy while Graves is quiet and stealthy.
Sytem Requirements
Microsoft Windows 2000 / Microsoft Windows XP / Microsoft Windows Vista
Processor: Pentium 4 2GHz or Athlon XP equivalent
RAM: 1024MB system Memory
Video Card: 128mb Direct X 9.0c card with full Shader 3.0 support
Sound Card: Direct X 9.0c compatible sound card
DVD-ROM: DVD-ROM drive
Hard Drive Space: 7 GB Free Space 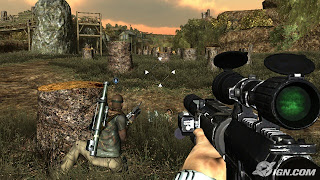 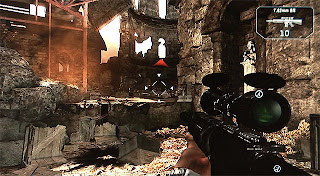