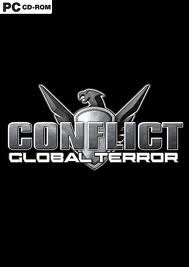 Short Description
Conflict: Global Terror (also called Conflict: Global Storm) is the fourth game in the Conflict series and was released for PlayStation 2, Xbox and PC. Moving the Conflict series into the 21st century, the game is set in the modern day context of counter-terrorism. The action focuses on an elite rapid response special forces unit, using the four original members of the Desert Storm series. Bradley, Foley, Connors and Jones must overcome terrorists over many different countries, including Colombia, Egypt, the Philippines, Kashmir and South Korea.

The game starts with Red Team being captured after parachuting into the Colombian jungle and are taken to a nearby town controlled by Militia forces. Connors escapes and subsequently frees the rest of Red Team, who continue with their mission to destroy the Drug Factory. After completing the mission and capturing Mandel, Red Team head to the landing zone, however Foley stays behind to defend the rest of the team. He does not make it to the landing zone before Bradley decides to pull out and is captured by the militia. He reappears in Conflict: Denied Ops as a prisoner. 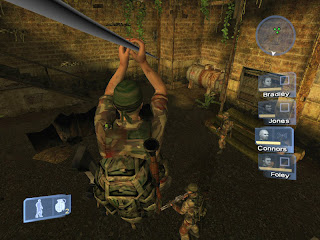 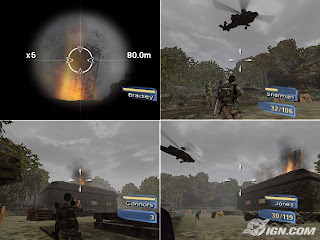 Note : Download all rar files and extract it, then use your Daemon Tools to burn an ISO file.
Posted by Debian at 2:43 AM